Lohagad is a hilly fort situated in the west of Pune near Malavali railway station. You can get a number of local trains plying between Pune and Lonavala. Malavali is the next station from Lonavala towards Pune. You can also get there by the Pune - Mumbai highway as well. From Malavali it takes about 20 -25 minutes to walk to the village Bhaje. From Bhaje the trek to the fort begins, it takes about one and half to two hours to get to the village "Lohagadwadi", which is at the base of Lohagad fort. In this route you can also see the fort "Visapur" in the east of Lohagad. The fort Visapur and Lohagad are too close to each other.
From Lohagadwadi, there are few hundred steps to the fort. The route is very pleasant and takes you to the ancient time. Lohagad has four doors in series from Lohagadwadi. The doors are named as "Ganesh Darwaja", "Narayan Darwaja", "Hanuman Darwaja" and "Maha Darwaja". ("Darwaja" is a Marathi word for "Door" or "Gate").
The thing that makes Lohagad different from the other hilly forts is its fortification and the doors mentioned above.The doors and the fortification are really in better condition as compared to other hilly forts forts in Maharashtra. The fortification looks awesome from the top (see the pics below). An exciting and beautiful view of Pawana Dam can be seen from Lohagad. The fort has  a long narrow wing in west side called Vinchukata ("The Scorpion's tail" in Marathi). This is adds value to the beauty of the fort.

The history of Lohagad dates back to era of Satavahana dynasty. After Satavahana many other dynasties ruled here. The dynasties are : Chalukyas, Rashtrakutas, Yadavas, Bahamanis, Nizamshahis, Mughals and Marathas before British took it over.
Shivaji Maharaj had captured the fort Lohagad in 1648. It was handed over to Mughals in 1665 according to the Treaty of Purandar. After five years Marathas recaptured it in 1670. The wealth looted from Surat was kept here.
Any terk to the fort never completes unless you taste the 'Pithala Bhakari' there. Yes, you can taste it here in Lohagadwadi and head back to Bhaje village. Near the Bhaje village, there are ancient Buddhist rock - cut caves. The caves were constructed between (approximately) 200 BC and 200 AD. The caves are very beautiful to see.
Lhagad is witness of glorious history of India and Maharashtra. It takes you to the historical era.This can be a very nice place to visit during weekend for the people n Pune and Mumbai. Below are few pics of Lohagad for you. 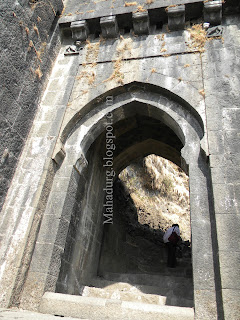 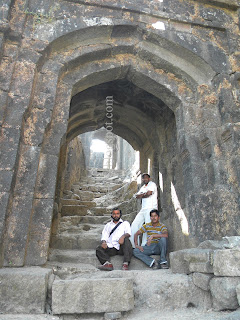 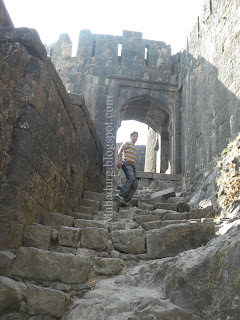 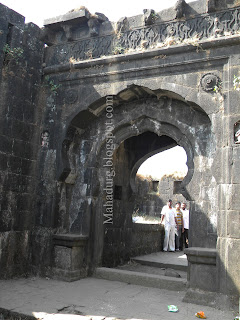 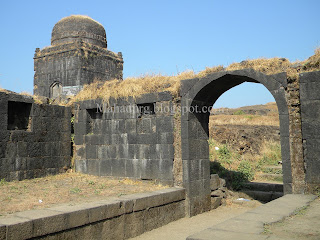 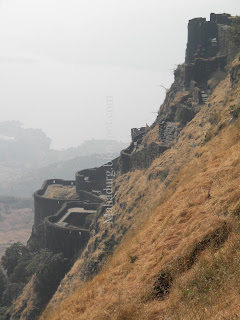 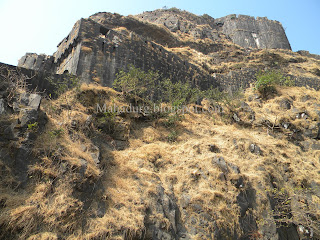 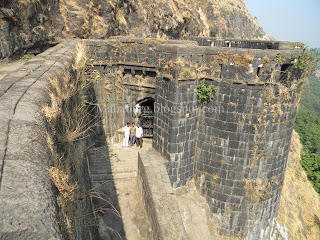